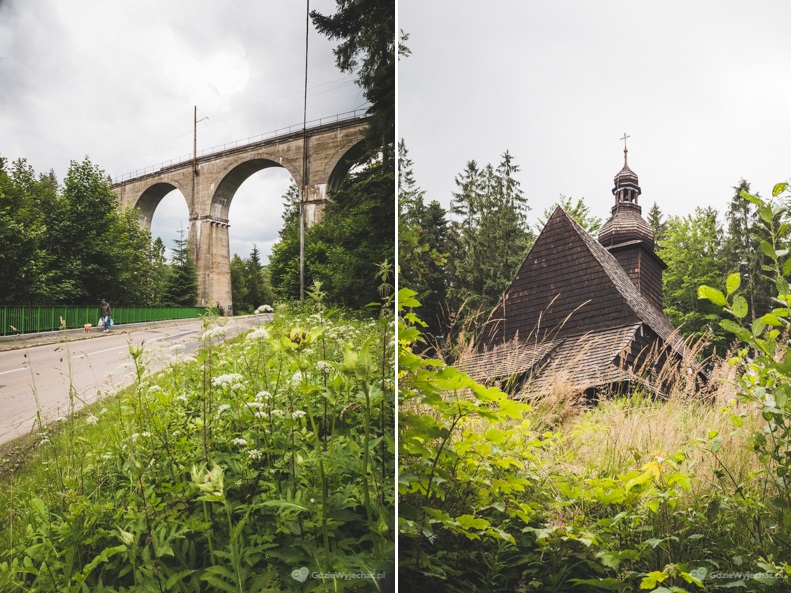 History of the Silesian Beskids

Hard to say, when a man first appeared in the Beskid Śląski region. Half 5 millennium BC. The first groups of the Neolithic population reached our lands from the Danube basin through the nearby Moravian Gate, included in the so-called. the culture of ribbon ceramics engraved. Ludy you, already familiar with animal husbandry and plant cultivation, came to us from the area of ​​Moravia and West. Slovakia and settled in the fertile loess areas of Upper Silesia and Lesser Poland. Over the next millennia, successive waves of people passed through the Carpathians, bringing, among others. the so-called. corded ceramics. Numerous finds in Poland (clay utensils, ornaments, tools etc.) they testify to the permanent contacts of the lands in the Olza * and upper Vistula * basins with the Danube basin. The Jabłonkowska Pass * and the Olza valley played an important communication role here, and soon probably also Brama Koniakowska. In Międzywiecie near Skoczów, in Podobora (on the left bank of the Olza to the north. from Cieszyn) and on Góra Zamkowa in Cieszyn, traces of human settlements from the late Lusatian period have been found (V-IV w. p.n.e.).

W III w. p.n.e. the Celts reached Silesia from the area of ​​today's Moravia through the Moravian Gate, spreading in this area a cultural ensemble known as the La La Tène culture. Along with the Celts, improved methods of metallurgy and iron processing came to Silesia, iron scythes, blades and coulters, potter's wheel and rotary burrs. It was probably the Celts who brought to this part of Europe the skill of making wooden vessels from staves and the first gold coins. Traces of population settlement - probably local, but strongly influenced by the La Tene culture - it was found on Góra Zamkowa in Cieszyn.

In the Roman period, the areas of today's Cieszyn Silesia were in the circle of influence characteristic of the mountain areas of this part of the Carpathians, the so-called. down the hill culture. Its economy was based on agriculture, pastoralism and iron metallurgy and trade in iron products. At the same time, one of the arms of the so-called. the amber route, by which Roman merchants from Pannonia reached the Baltic Sea. This is evidenced by numerous finds of Roman coins along this route and in the close vicinity in the foothills of the Carpathians.

In the following after 375 r. neither. During the migration of peoples, all settlements near Beskid disappear. The new period of settlement falls on the 7th century., when it was in Międzywiecie near Skoczów (the so-called. Hell) an early medieval Slavic settlement was established. In the second half of the eighth century. in its place a fortified settlement was erected, surrounded by an embankment, being probably the furthest east. an advanced tribal stronghold in Golęszyce. The area in question, situated on the border of two great historical lands: Lesser Poland and Silesia (or more precisely - Upper Silesia), was probably included in the composition established at the beginning of the 9th century. Great Moravian state, which is probably connected with the burning of the settlements in Międzywiecie and Podobora. After the fall of Great Moravia, all of Upper Silesia at the beginning of the 10th century. came under the rule of Czech rulers from the Přemyslid dynasty. It was recovered by Mieszko I in the years 985-990 and entered the borders of the state of the first Piasts.

At the end of the 10th century. a new one was built on Góra Zamkowa in Cieszyn, already a Piast town, which soon became the seat of the castellany, including. the entire area described here. A borough developed at its foot, and soon a new housing estate, raised at the beginning of the 13th century. to the rank of a city. Cieszyn soon became an important trade center, located at the crossroads of routes from Moravia to Kraków and from Silesia via Przeł. Jabłonkowska * to Hungary.

When in 1138 r. Bolesław Krzywousty's last will initiated the period of division into Poland, the area between Olza * and Biała was included in the Silesian district of Władysław Exile, and later - to the Duchy of Racibórz-Oświęcim, belonging to his son, He lives Plątonogi. W 1281 r., when, after the death of Władysław Opolski, his principality was divided between four sons, The lands of Beskid became part of the Cieszyn-Oświęcim district. Mieszko embraced her, which from 1290 r. he began to call himself the Prince of Cieszyn. W 1316 r. his sons divided the paternity again: Władysław took Oświęcim, and Kazimierz detained Cieszyn. They both became the founders of the new princely dynasties.