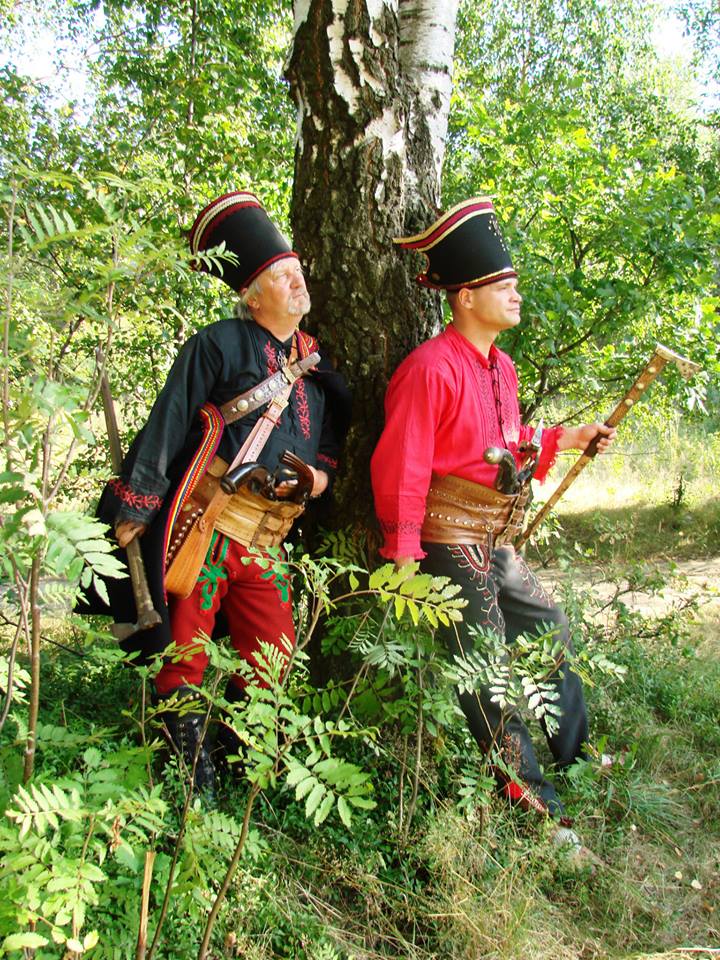 Alongside rebellions and other passive forms of resistance, constituting the first signs of the emerging struggle against feudal oppression among the highlanders, in the same field of harm, repression and abuse, made on highlander people by gentlemen, grew all over the Carpathians in the 16th century. robbery. Increasing serfdom burdens, exploitation of peasants by starosts, tenants and their stewards, the recruit's salary for the Austrian army and the recurring "hungry years" - all this was conducive to the rise of highlanders' robbery. The weakest units went on a wandering about begging bread, others emigrated to the "prajska side" (to Prussian Silesia), "Na Uhr" or Moravia. The most harried or prosecuted by law for smaller or larger crimes against the sovereignty fled to border mountains and forests - they went "to the robber".

There were a dozen robbers- or companies of several dozen led by a leader, distinguished from others by his cleverness, by force or ruthlessness. They lived on the prey obtained in the attacks: took who got lost, mainly, of course, rich, because there was nothing to take from the poor. They robbed briefly, usually 2-3 patch. The vast majority of them were common criminals as we understand them today, fleeing their sentence or escaped from prisons. This is why the highwaymen passed into the folk legend, that they were causing trouble to the hated power, that they kept the lords and their officials awake at night, that they more than once dealt with cruel portas, sent to quell peasant discontent. Żbójnik was an avenger of highland harm, a symbol of a prosperous and free life unattainable for highlanders, and the number of songs and talks about the robbers grew with the years - as they were, how time blurred the memory of their common crimes.

In Cieszyn Silesia, the spread of robbery took place in the mid-17th century., after the domination was taken over by the Habsburgs and the frenzy of the Counter-Reformation intensified. The oldest, the old Zwączor was a legendary figure here, the famous leader of a band of highwaymen, which supposedly once was to prowl the Silesian-Hungarian border. The most famous Silesian robber, however, was undoubtedly Ondraszek. He was an authentic figure and today we know a lot of facts about his life. Ondrasz - that is Andrzej Fuciman (also formerly known as Shebesta, though the evidence contradicts his birth under that name) - he was the son of a wealthy mayor from Janowice, a village in the south-east. from Frydk. He was baptized 13 XI 1680 r. in nearby Dobra, a series of events, which occurred at the time of his birth, was supposed to testify to his future, special life.

After being expelled from school, Ondraszek led a carefree and rowdy life, until the handsome young man was hired by Count Franciszek Prażma, imperial chamberlain and lord of Frydek. However, because the young man got into an affair with the Count's wife, this lured him into a forest retreat and ordered him to be whipped to blood. And this is where the legend begins: Ondraszek's near death is found by the devil's messenger, Luca the witch and in exchange for a promise to renounce God, he heals him and endows him with a number of supernatural powers.

W 1711 r. a band of robbers prowled in the Przerowo region in Moravia, which soon moved to Frydeckie. Ondraszek, who already had several misdeeds on his conscience, he joined them at the urging of his relative, Juraszek from Malenowice and was soon elected leader. Next 4 the years brought an unprecedented momentum of his company's robber activity on a vast area: from Lanckorona, where ".. the old and skimpy Lady of Lanckorona sat on closed chests”, to Kromieryż in Moravia and from Hungarian Żupanaty with rich churches to Racibórz.